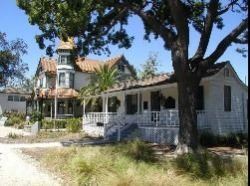 Founders’ Park celebrates Anaheim’s heritage, offering visitors a chance to step back in time and immerse themselves in the city’s agricultural history.

The 1857 Mother Colony House is one of Anaheim's earliest homes. The Woelke-Stoffel House is a two-story Queen Anne built in 1894 during Anaheim's citrus era.

Recently added to the property are a large Carriage House with a style that compliments the architecture of the Queen Anne home, and a new Pump House and windmill reminiscent of the citrus era. The new outbuildings, typical in 19th century Anaheim, create additional space for exhibits and programs, while also providing meeting space and restroom facilities. Nearby, the windmill and orange grove demonstrate the vital relationship between water and agricultural prosperity. A vegetable garden, working water pump, clothesline and sundial supply opportunities for hands-on activities. Founders’ Park is the perfect setting for tea parties, themed fundraisers, intimate weddings and corporate events.

History of the Site:
Founders’ Park is located on the western boundary of the original Anaheim Colony, comprising approximately one acre, of the original 20-acre Vineyard Lot C-7. The Anaheim Colony was originally founded in 1857, with fifty 20-acre Vineyard Lots planted with primarily Mission grapes. Having built a successful viticulture industry, the colonists were devastated when an unknown blight (now called Pierce’s Disease) wiped out 400,000 grapevines between 1884 and 1888. By the 1890s citrus groves had replaced the original vineyards. Additional successful crops included walnuts, Anaheim chili peppers, sugar beets, lima beans, potatoes, cabbages, and strawberries.

The Mother Colony House, the oldest remaining wood-framed building in Orange County, still stands as a symbol of Anaheim’s viticulture era. George Hansen, superintendent of the Los Angeles Vineyard Society, built the house in 1857. Originally located at 235 N. Anaheim Blvd, the structure was saved from demolition by the Mother Colony Chapter of the Daughters of the American Revolution (DAR) and moved on October 10, 1928 from Anaheim Boulevard to its current location. The property was donated by the descendant of one of Anaheim’s pioneer families, Marie Horstmann Dwyer. On June 15, 1929 the Mother Colony House was officially dedicated as Orange County’s first historical museum and in 1935 the house was designated as California State Historical Landmark No. 201. In 1954 the City of Anaheim accepted the deed to the Mother Colony House from the DAR and the historic site has been administered under the Community Services Department.

On December 18, 2007 City Council approved the acquisition of the property at 400 N. West Street, on which the landmark Moreton Bay Fig tree stands, with park development funds.

On March 31, 2009 City Council designated the Moreton Bay Fig tree located at 400 N. West Street as the city’s first Landmark Tree. This historic tree was imported from Australia by Anaheim’s first nurseryman, Timothy Carroll, and planted by the Horstmann family prior to 1876. The tree was also the model for the Swiss Family Robinson Treehouse (now the Tarzan Treehouse) at Disneyland.

On August 31, 2010 the contract for the development of park improvements at Founders’ Park was awarded to Robert L. Reeves Construction of Paramount, California. Construction began in late September 2010. The Founders’ Park dedication ceremony was held on July 23, 2011.

Both the Mother Colony and Woelke-Stoffel houses were added to the National Register of Historic Places in July 2013. Commemorative plaques for both homes were dedicated on June 7, 2014. 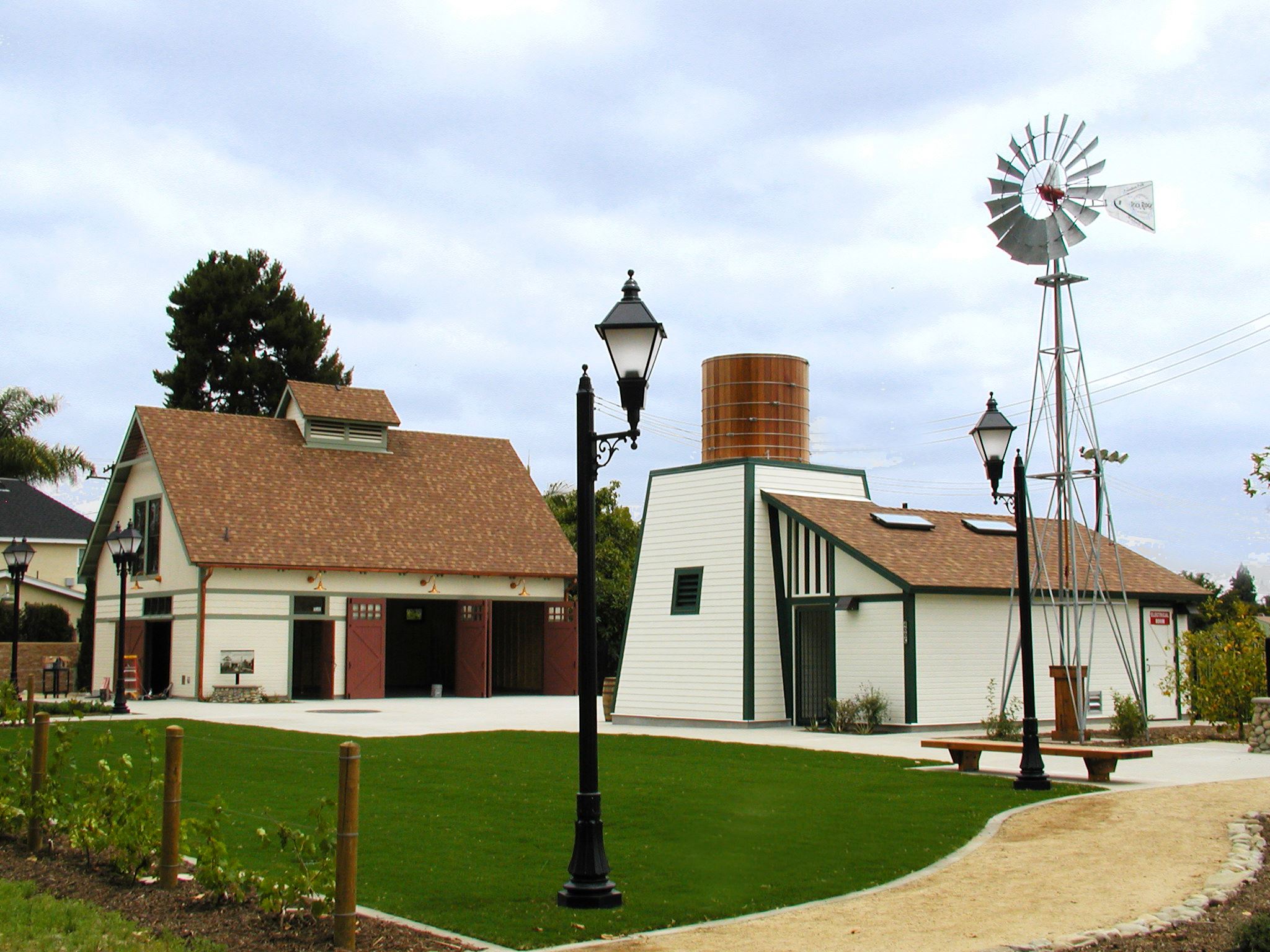 Founders' Park Open House Tours have resumed! Visit us on the first Saturday of each month, from 9 a.m. to 12 pm.

Experience virtual tours on the Library's YouTube channel! Click the links below to view each building at the historic site.