PFOA and PFOS are two chemicals we, the Orange County Water District and other agencies across Orange County are watching for in water.

(To make things even more complicated, you’ll sometimes see PFOA and PFOS referred to as PFAS, short for a larger family of chemicals known as per- and polyfluoroalkyl substances.)

Dating back to the 1940s, PFOA and PFOS have been commonly used to coat carpets, clothes, furniture, food packaging, cookware and other products.

We’ve all encountered PFOA and PFOS in our daily lives. 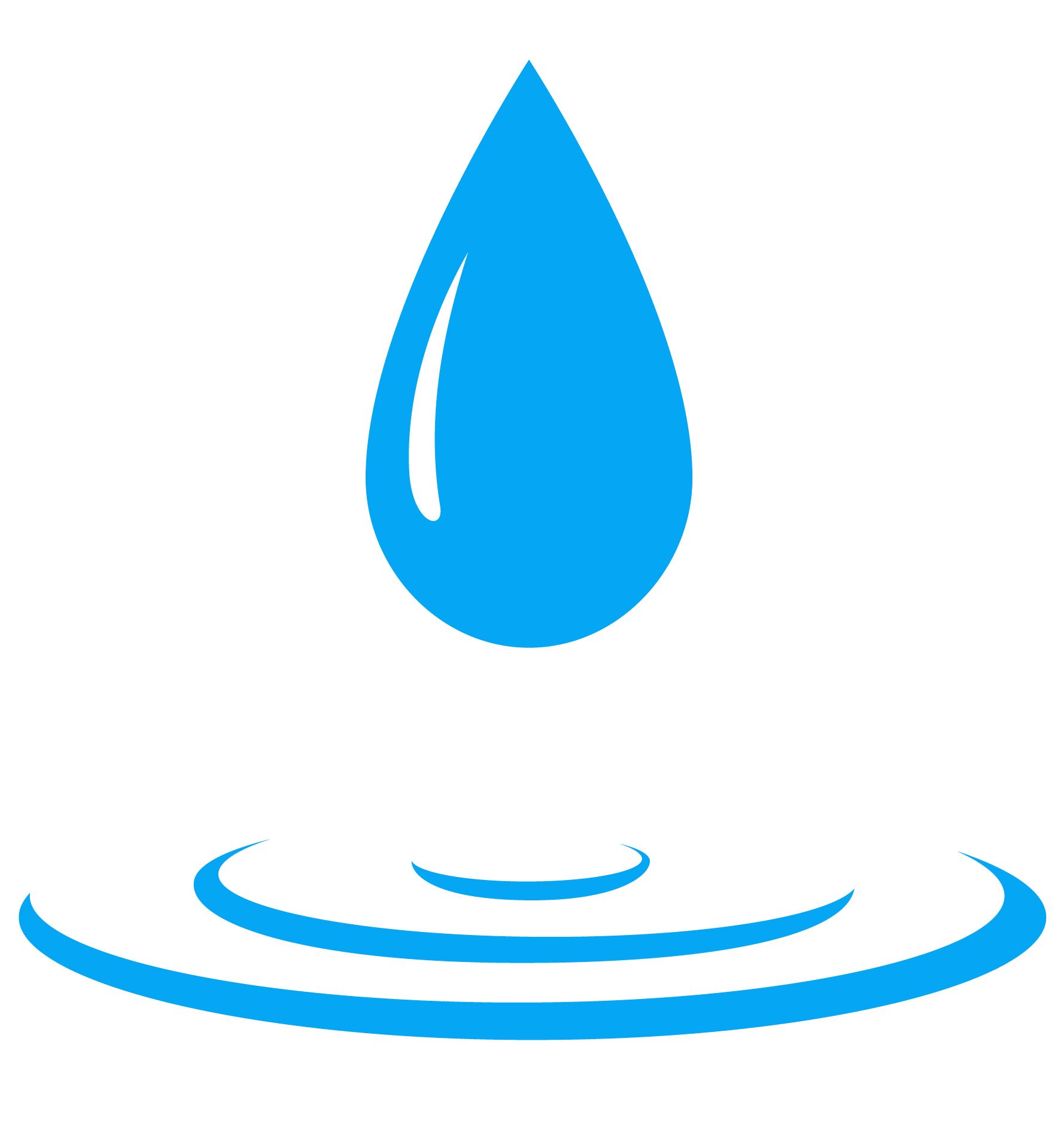 They were popular for their resistance to water, stains or stuff sticking, which made them particularly useful in cookware.

They were also used in fire-retardant foams, cleaning products and industrial uses.

In the 2000s, manufacturers began voluntarily phasing out use of PFOA and PFOS under a federal Environmental Protection Agency program.

PFOA and PFOS are no longer produced in the United States.

They still are produced in and imported from other countries but are being phased out, with some exemptions, under a ban put forth in mid-2019 under the Stockholm Convention, an international treaty covering pollutants.

Scientific studies have shown that long-term exposure to PFOA and PFOS at high levels can cause health issues.

Anaheim Public Utilities is closely monitoring for PFOA and PFOS in water, in accordance with state and federal guidelines.

In California, the state Division of Drinking Water has what are known as a “notification level” and a “response level” for water agencies encountering PFOA and PFOS.

For PFOA, California’s notification level is 5.1 parts per trillion.

Parts per million, billion or trillion are ways to measure tiny amounts of something in water or air.

It is a microscopic measurement: 70 parts per trillion is comparable to a few grains of sugar in an Olympic-size swimming pool.

Tiny amounts of PFOA and PFOS are not unique to Anaheim — they can be found across Orange County among communities served by the region’s groundwater supply.

Like others drawing from groundwater replenished by the Santa Ana River, we can see traces of PFOA and PFOS in groundwater.

Our goal is water free of PFOA and PFOS.

In the near term, we are likely to continue encountering traces in groundwater for reasons beyond our control.

PFOA and PFOS are common in groundwater in urban and industrial areas.

In Orange County, what we are encountering is believed to be remnant traces from consumer products and factories, military bases and other industrial uses all around us in Southern California.

The chemicals can make their way into rivers, such as the Santa Ana River, which replenishes much of Orange County’s groundwater.

Anaheim’s water is thoroughly treated and tested to ensure it meets some of the highest standards in the world.

We’re evaluating the use of other water sources as well as new treatment methods to remove PFOA and PFOS from groundwater.

You can read more about water quality, see our PFOA and PFOS notification and testing results to the right. 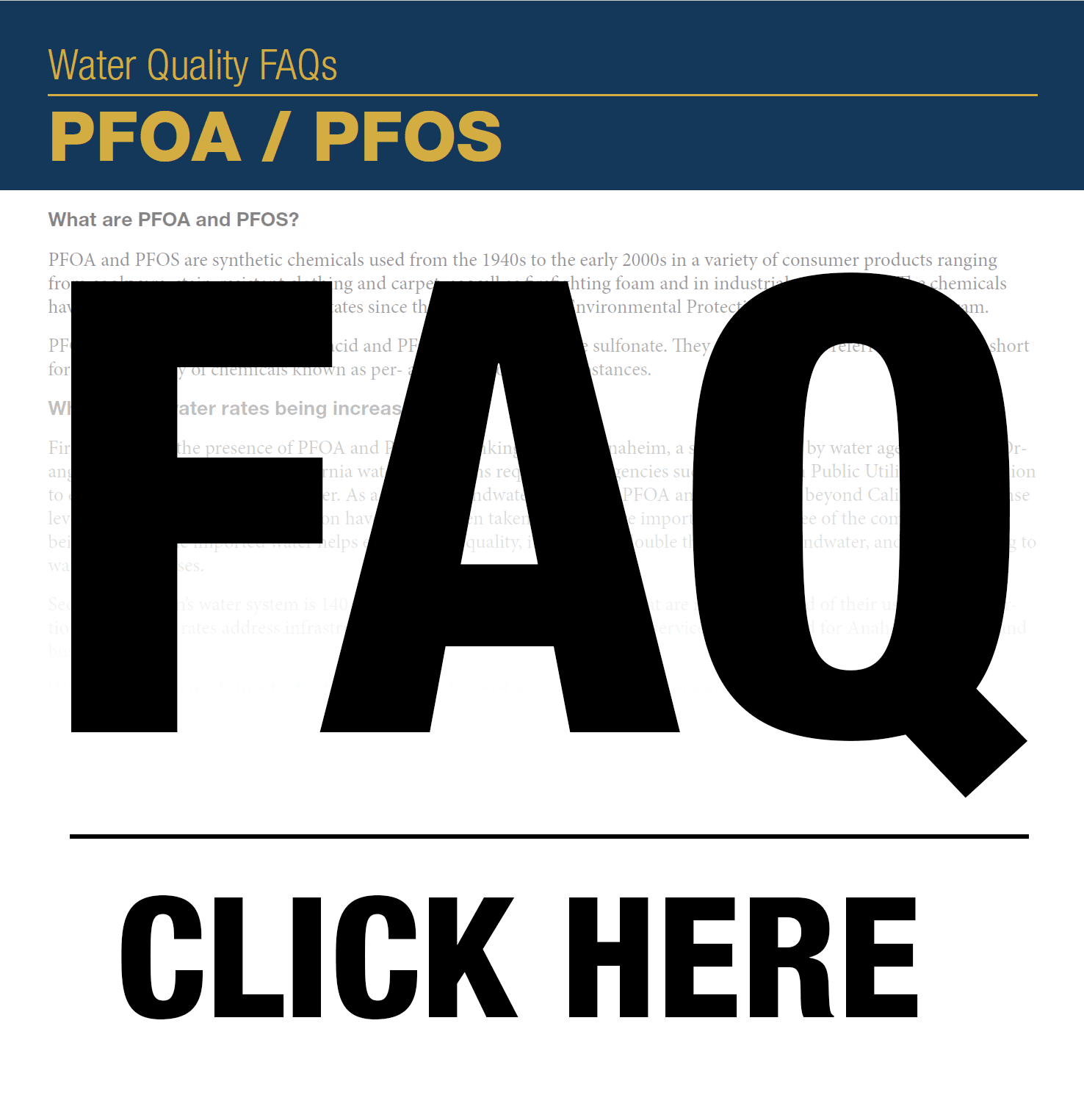