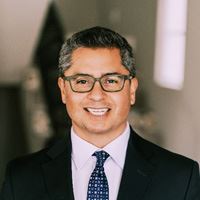 Robert Fabela is the City Attorney for the City of Anaheim. He leads an office of 21 lawyers and a staff of 11 that provides legal advice and services to the City Council, City officials, staff, departments, boards, commissions and related City entities and enterprises. The City Attorney's Office protects the interests of the City and its taxpayers, and assures that actions by, or on behalf of, the City and its related entities are in accordance with all applicable legal requirements. The City Attorney also prosecutes City and State misdemeanor offenses that occur in the City. Before coming to Anaheim in April 2018, Mr. Fabela was the General Counsel for the Santa Clara Valley Transportation Authority, serving as the Chief Legal Officer for Silicon Valley's transit and congestion management agency. He also spent 15 years with the City of San Jose Office of the City Attorney, where he litigated a variety of complex matters, including land use, excessive force, labor and employment, and public works. He has argued multiple cases in the state and federal appellate courts, including the California Supreme Court. Prior to joining the public sector, Mr. Fabela was an associate with the global law firm of Wilson Sonsini Goodrich & Rosati, where he litigated securities, intellectual property and employment cases, while receiving recognition for his dedication to pro bono work. He graduated with honors from UC Santa Barbara with a degree in Political Science, emphasis in International Relations, and obtained his law degree from UCLA.