Everyone is welcome at Anaheim City Hall, and the safety of all who visit is a responsibility we take seriously.

We've introduced new safety measures, starting first at our City Council meetings and eventually expanding to elsewhere at City Hall and to other city facilities.

While new to City Hall, the safety measures are familiar to anyone who has gone to a sporting event, large concert, other government buildings or major public places.

The measures are for the safety and peace of mind of our residents, visitors and everyone at City Hall. 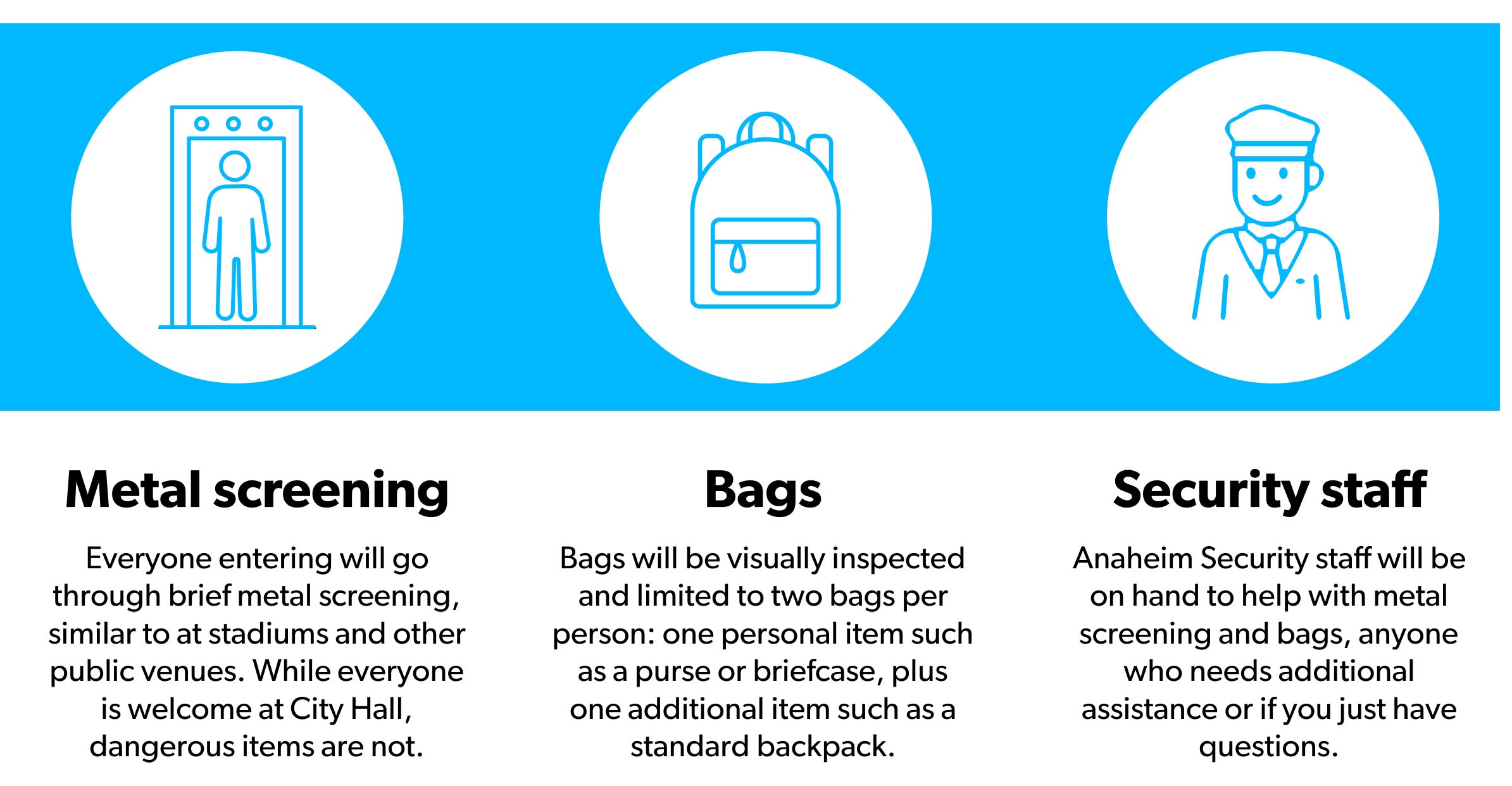 When you'll see it

After two weeks of introducing visitors to our screening set-up in October, we'll begin actual metal and bag screening for our Nov. 5 City Council meeting.

Our goal is for the actual screening process to take two to three minutes. We're also hoping to minimize waits in line, though that will depend on how many people are in line at any given time.

Once you reach screening, a security representative will take a quick look inside bags, which are limited to one personal item and one additional item.

You'll then take out keys, cell phones and any other metal objects before walking through a doorway-style metal detector.

The process is exactly like what you've probably experienced at concerts, sporting events and theme parks.

If you're coming to our Nov. 5 City Council meeting, we recommend getting here early to go through security and get inside the chamber.

If you're coming for an item later on the evening's agenda, it's your choice if you want to arrive later when lines are typically minimal.

The new measures will continue through November and beyond for attending City Council meetings.

Eventually, the plan is to replace screening at the entry to City Council chambers with screening at entrances to City Hall.

Why we're doing this

The new safety measures are not a response to any known threat or incident.

They do reflect a time of added security risks and responsibilities.

They bring Anaheim City Hall in line with practices at other cities, government buildings, sports venues and major public places.

Ultimately, they are designed to safeguard anyone who visits City Hall and to provide peace of mind for residents and visitors.

The new safety measures are the result of an internal safety audit and analysis of other cities by Anaheim's Executive Safety Committee and are being implemented at the direction of Anaheim's city manager.

Know before you go: prohibited items

Join us in keeping City Hall safe by knowing what you can't bring.

You can find a full but not exclusive list of prohibited items here. 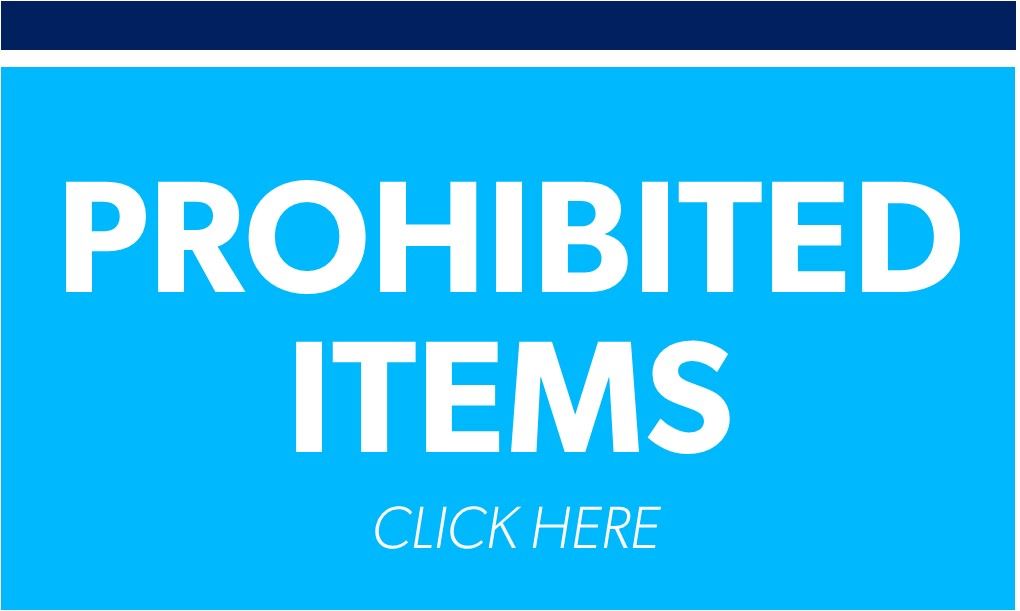 Anaheim's safety measures are designed to safeguard our local democracy.

We will make every effort to ensure that safety measures do not prevent someone from speaking before Anaheim City Council.

Safety measures also do not apply to signs (without sticks or poles), T-shirts and clothing, and other non-disruptive forms of expression.