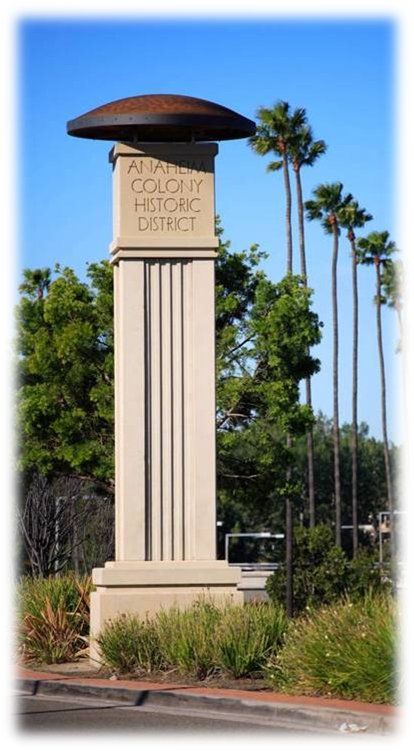 In October 1997, City Council adopted the Anaheim Colony Historic District. This is the city's 1st and largest Historic District. The boundaries of the Colony match the original German Colony founded in 1857 (North, South, East and West Streets). Over 1,000 qualified structures are located within this 1.8-square mile area. On January 26, 1999, City Council approved the Anaheim Colony Monument, in which 4 were installed to mark the main entries of the district, located at: 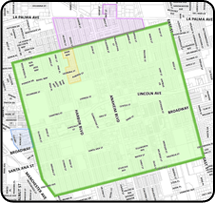 Wohlgemuth House Cactus
An interesting feature of the 1916 Wohlgemuth House located at 211 North Olive Street was a 50 year-old cactus planted on the property next to the home. It needed to be removed before restoring the property to its original condition. This enormous specimen was such an incredible size that the City hired a moving specialist who brought in a crane and lifted the 4-ton cactus onto a flat bed. Lincoln Avenue was briefly closed down, and the cactus was slowly and carefully hauled down the streets of the Colony to be planted in Rudy Boysen's cactus garden at Pearson Park where it appears to be doing very well.
Government Websites by CivicPlus®
[]